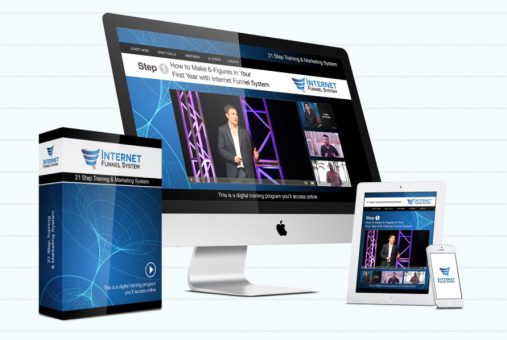 In this quick review of Internet Funnel System I’ll be giving you all of the information you need to know before giving them your money.

Is it really as great as they claim, or are they just trying to trick you into giving money?

Is Internet Funnel System Recommended? NO!

What Is Internet Funnel System?

Internet Funnel System claims to be a fast and fun way to start making money online.

They claim that you’ll be able to make $1,000+ commissions working from home in as little as 60 minutes per day!

Is there any truth to claims that they make or are they just lying to you to get your money?

Well there is some truth to the claims they make, however there are a lot of misleading claims as well.

Let’s take some time to go over the things you need to know.

This is where I like to weigh out the pros and cons of the programs I review to help you get an overview of it.

Over the next several sections I’ll be going further into detail about the points I listed out above.

I want to make it clear that it is actually possible to make money with the system you’ll be buying, however there is a lot more you need to know about before joining.

The first thing you need to know is that it’s not nearly as easy as they make it seem, and everything isn’t done for you.

They kind of make it seem like you get a bunch of done-for-you things like landing pages, sales funnels, and products and most of the work is done by the sales team.

When in reality you’ll have to put in a whole lot of time and effort to be able to start making money.

All of the done for you stuff is the easy stuff, the hard part is getting interested people to the sales team.

I’ll go a bit more into how the program works in this next section.

Internet Funnel System is literally just a funnel system set up to get you to sign up for a completely different program.

The program that you’ll be signing up and paying for is called MOBE and it’s a high-ticket-program.

There are plenty of other funnels out there that lead to MOBE. The most popular ones are: Mobile Success Training, 7 Figure Nest Egg, and Top Tier Side Income.

After joining you’ll get tools, and training that will teach you how to get other people to sign up and pay for the same program you just bought.

There are a few main problems that I have with this method.

Firstly you won’t be learning how to market and sell other products online, when there are literally millions of them out there.

Secondly, you’ll have to purchase MOBE’s memberships before you can get paid to get other people to buy them, and their memberships are expensive!

So you’ll be making money by getting people to sign up for the various membership levels at MOBE.

However you need to keep in mind that you’ll have to sign up and pay for each of those memberships before you can make money from others doing it.

Well those commissions come from getting people to pay for membership levels… ones that you’ll have to pay for first.

Here are there prices:

However it’s costs a lot of money and takes a lot of work, which means that not very many people who sign up go on to make much money.

If you click on the income disclosure on the sales page you can see the percentages of people that make different income levels. 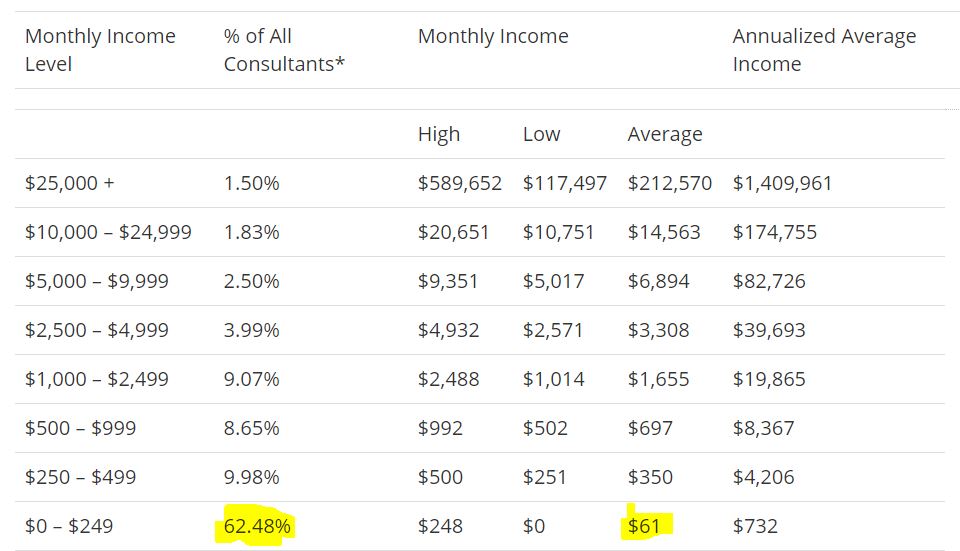 Feel free to take time to look it over for yourself, but I highlighted the main thing you need to know.

62.48% of their member only make $61 per month on average, and I’d be willing to bet that a majority of those people don’t make anything.

There are of course people who make more than that, but the percentages are much smaller.

Is Internet Funnel System A Scam?

Well Internet Funnel System is actually just a sales funnel itself that’s trying to get you to sign up for a program called MOBE.

So the real question is “is MOBE A Scam?”

Personally I don’t consider MOBE to be a scam because you can make money with it, and they give you decent training and tools.

However there are a lot of people out there who have lost thousands of dollar to them, and claim that they are a scam.

With that being said, Internet Funnel System is not something that I recommend mainly due to the incredibly high price, and the low success rate.

If you are still thinking about signing up for MOBE despite my warning, I recommend that you do a lot more research and learn exactly what you’re getting into before joining!

Another main reason why I don’t recommend Internet Funnel System is simply because there are much better and cheaper ways to make money online.

My Top Ranked Program is free to get started, and they give you all of the training, tools, and support you need to make money online.

Since joining them I have been able to make enough money online to quit my job and work completely from home!

Is Internet Funnel System A Scam? What Do You Think? Let Me Know In The Comments Below!