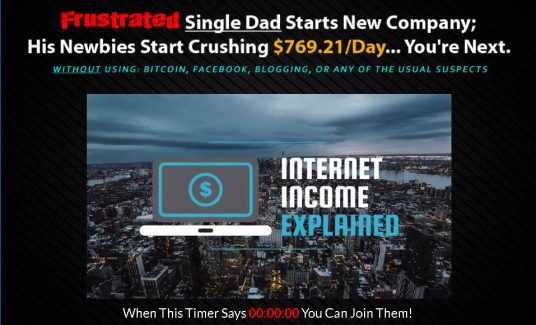 In this quick review I’ll be going over a system called “Internet Income Explained” and telling you whether I think it’s a scam.

Will you actually be able to make $761.21/day with the system, or are they just trying to scam you out of money?

Is Internet Income Explained Recommended? NO!

What Is Internet Income Explained?

If you’re on this review you probably received an email from someone claiming that they’ve made a ton of money using this system.

The sales video claims that you can make a ton of money online, without the use of Bitcoin, Facebook, Blogging, or any other usual method.

Are any of the claims made in the video true, or are they just making huge claims to get your money?

Let’s take some time to go over some of the good and bad things about Internet Income Explained. 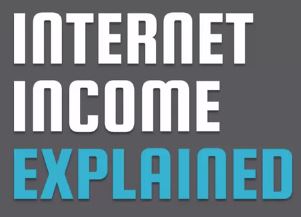 Over the next few sections I’ll be going over what exactly I mean with the points listed above.

One thing you need to be aware of is that face that the name of the system you’ll be purchasing isn’t really called Internet Income Explained.

The actual system you’ll be signing up for is actually called AWOL Academy.

Keala Kanae is mentioned several times in the video, and that’s because he is the creator of AWOL Academy.

I’m not going to go that far into detail about AWOL because I’ve already written an entire review about it right here!

Instead I’ll be going over the main things that you need to know about before giving them you’re money.

One point I want to get across to you is the fact that the video makes it seem a lot easier than it is.

It is actually possible to make money online with the system that you’ll be signing up for, however it takes a lot of work and money.

It’s by no means automatic; you will have to put a ton of work into following the system if you want any chance at making any money.

The video claims that you’re “just days” away from making thousands of dollars a day, when that’s simply not true.

It’s going to take a lot of time to get to the level that the people in the are at.

You also better be prepared to throw a lot of money at it, because it’s expensive!

In the video they claim that the system that you’ll be signing up for is free, when that’s simply not true.

AWOL Academy can be considered a High-Ticket-Program like Jeff’s 6 Figure Business, and Digital Altitude.

Basically they make their training products incredibly expensive, so that their members can make a lot of money in commissions for selling them.

Their training teaches you how to make money by getting other people to buy their expensive products.

However it’s important to know that you have to purchase each product before you can make money from selling them!

Here are their products:

That’s the type of money that you’ll have to pay if you want to get access to all of the training that they offer.

The people in the video that make a ton of money were the people that put in tons of time, and threw thousands of dollars at the system.

It honestly depends on how you personally define a scam. I’ve reviewed hundreds of scams in the past, and many of them are a lot worse than this.

AWOL Academy isn’t a program that I consider to be a scam, however the sales page from Internet Income Explained tries to mislead you into joining.

They make false claims like it’s free, easy, automatic, and nearly impossible to fail, when it’s actually the exact opposite of all of those things.

Those are the reasons why I simply don’t recommend signing up for the system!

I’m going to leave it up to you to decide if you consider Internet Income Explained a scam.

If you are thinking about joining the system, please go and read my AWOL Academy review before you do that!

If you are interested in making money online without spending thousands of dollars, then I have a suggestion for you.

If you are willing to put in the time and effort, then I’m confident that you can succeed too.

Is Internet Income Explained A Scam? What Do You Think? Let Me Know In The Comments Below!