In this review of Opinion World I’ll be going over everything you need to know before joining. If you are worried about being scammed out of your time or money, you’ll want to read this first.

Is Opinion World A Scam? No!

Is Opinion World Recommended? To Some

What Is Opinion World?

Opinion World is a free online survey website that will pay you money for answering questions about various subjects.

They conduct market research that other companies will pay for in order to help better their products and services.

In return you will be paid a small amount of money for providing them with your opinion.

As of right now, Opinion World is in the process of joining Opinion Outpost.

However the sign up process should be pretty similar to the one that I did. You simply give them your name, gender, email address and a couple other things.

Next they will send you a confirmation email that you’ll have to open up and click a link to activate your account.

After that you’ll be able to log in and start filling out your profile. This is important because this will determine what surveys you’ll be chosen for.

It’s mainly just a bunch of other questions about you like your race, income level, and other similar things.

After that you will begin to receive emails with survey invitations, and you’ll also be able to log into your account and find some.

Let’s take a minute to go over some of the good and bad things about Opinion World.

Over the next few sections I’ll be going over exactly what I mean with the points listed above.

All About The Money! 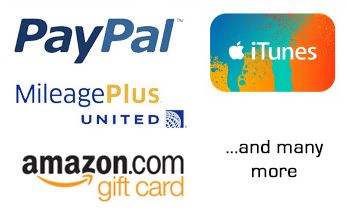 When it comes to making money with Opinion World, it seems to be pretty similar to most other survey websites.

You can expect to make anywhere from 50 cents to $2.50, the longer the survey the more you’ll get paid for it.

The surveys will be between 5 to 30 minutes, however they may take shorter or longer depending on how fast you work.

Instead of cash you will receive points that can be exchanged for cash through PayPal or gift cards once you reach the equivalent of $10.

Like most other survey websites, you simply shouldn’t be expecting to make more than some extra pocket change.

Let’s go over some of the various complaints that I’ve read from both new members and older members.

I’ve read several complaints saying that many members will randomly stop receiving surveys that they can take.

Many of them claim that they would get 1 or 2 a day, and then they just stopped getting any at all for some reason.

Many members have posted complaints that their accounts were cancelled before or right when they were eligible to cash out.

This has lead some people to call it a scam, however I personally think it’s just an unfortunate glitch or something that happens to some people.

However it’s still not something that I would want to risk happening to me after putting in several hours of work.

This is a complaint that I see with just about every survey website that I’ve reviewed.

Whether it be from lack of surveys, or simply low paying surveys, it’s still difficult to make good money with surveys.

Is Survey World A Scam Or Legit?

Even though there are people who have been screwed over by Survey World, I still think they are

However they seem to be about average when it comes to survey websites. They certainly aren’t the best however they aren’t the worst one that I’ve reviewed either.

Personally I don’t put too much time into take surveys anymore simply because they don’t pay you enough for the time that you put in. However if you are set on taking surveys for money then I suggest you check out a place like Pinecone Research.

The simple truth is that no matter how much time you spend online taking surveys, you won’t be able to make more than maybe a couple hundred bucks per month doing it, and that’s being generous.

However my Top Ranked Online Money Making Program has helped me build up an income online that has allowed me to quit my job, and work completely from home.

I say “build up an income” because it takes plenty of time and effort to start seeing decent money, however the sky is the limit when it comes to how much you can earn.

Is Survey World A Scam Or Legit? What Do You Think? Let Me Know In The Comments Below!