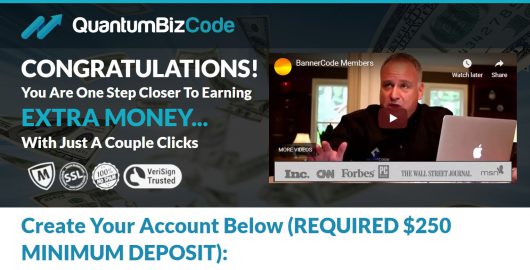 In this quick review of Quantum Biz Code I’ll be going over exactly what it is, and telling you if I think it’s a scam or not.

Will you really be able to making money online with it, or is it a scam?

Is Quantum Biz A Scam? Yes!

Is Quantum Biz Recommended? No!

What Is Quantum Biz Code?

In a nutshell, Quantum Biz Code claims to be an incredible new way to make a ton of money online by flipping ads.

In the sales video a man named Michael Crawford claims to be a millionaire who has an incredible system that can make you thousands of dollars online automatically.

However in reality, there is a lot of shadiness going on, and I’m here to bring that to light.

I’ve actually seen this exact same scam a few times in the past just being ran under different names.

Normally I try to at least come up with one or two good things to say about every program that I review, but I struggled to with this one.

The main reason I know that Quantum Biz Code is a scam is because I’ve seen this exact same scam before.

Not too long ago I wrote a review of a program called Free Ad Cash System, and it looked exactly like Quantum Biz Code. 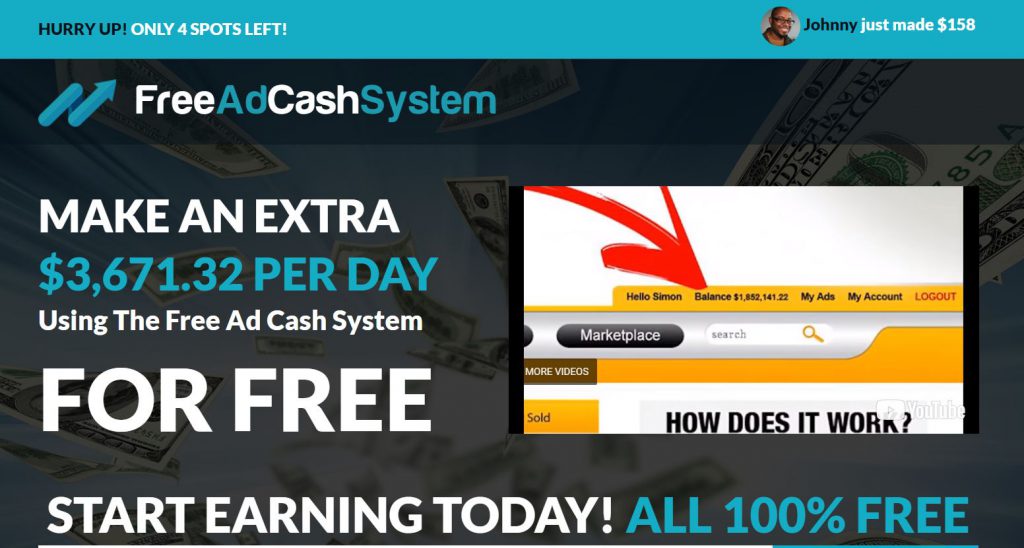 How Quantum Biz Code and Ad Flipping Works (It Doesn’t)

After Michael spends a bunch of time bragging about how he is giving away his incredible system for free out of the kindness of his heart, he asks for a $250 deposit.

The deposit is supposed to be an investment that you will earn back within minutes of using the system.

However that’s simply not the case.

I tried to create an account to sign up and get more information about what I’m actually signing up for but guess what.

After putting in my information a message popped up and said that I already created an account at bannerbit.com.

I wrote a review in the past for Bannerbit, and trust me, it is not something you want to get involved with.

How They Scam You

Basically they claim that you’ll be able to make a bunch of money by purchasing ads that will then be placed on various popular website.

They claim that you’ll earn any and all ad revenue that the ads earn.

They make you deposit $250 to purchase ads with, and then they simply never give you that money back.

I hope that you’ve been convinced to stay away from Quantum Biz Code, but I still want to point out one more thing.

Once you get into the “members” area you can scroll down and see a bunch of testimonials from people claiming that they’ve made a ton of money.

When in reality they are just stock photos, or random photos pulled from other websites with fake quotes written next to them.

Is Quantum Biz Code A Scam?

I hope that I’ve convinced you to stay away from Quantum Biz Code because it is a huge scam!

I’m sure there is a part of you that wants it to be real so bad that you’re thinking about depositing $250 just in case it is.

If you’re thinking about doing that I recommend you first read about My Top Ranked Program. They can actually help you make money online and you can sign up and see what they are about without paying any money.

If you’re interested in learning how to actually make money online, I suggest you click here to read about Wealthy Affiliate.

There are no automatic or push button ways to make money online, if you want to make money you better be prepared to put in plenty of time and effort.

If you are, then I suggest you…

Is Quantum Biz Code A Scam? What Do You Think? Let Me Know In The Comments Below!