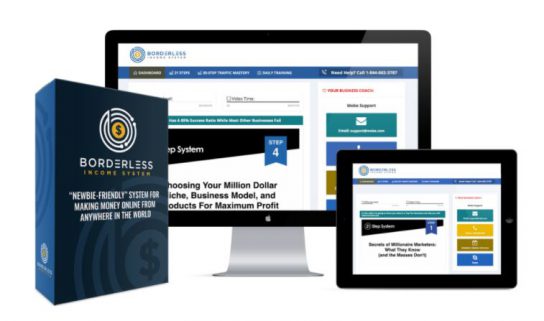 In this Borderless Income System Review I’ll be going over the system and telling you if its legit or a scam!

What Is Borderless Income System?

The sales video claims that Borderless Income System can help you learn how to make $10,000/month or more online.

They claim that it is a simple system where you just send some leads, and you can make up to $20,000 per lead.

Is this system really as good as he makes it out to be, or is it just all hype.

Let’s go a little more in depth about what you’ll be paying for! 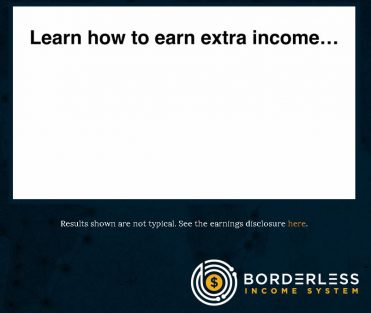 I like to list out the good and bad things about a program to get a little visual representation.

That is one thing that I want to make clear before I go into all of the bad things about this system.

Regardless of whether I like it or not, the system can and has worked for many marketers out there.

With that being said, there are several reasons why I don’t like it and ultimately think beginners should avoid it!

It’s A Sales Page For MOBE

My Online Business Empire or MOBE, is the real system that Chia is trying to get you to sign up for.

I want to be clear in saying that Borderline Income System isn’t even really a training system.

It’s just a catchy name that Chia is using as a disguise to make money from you signing up for MOBE.

MOBE is a very controversial online marketing program that many people have wasted a ton of money on.

MOBE Is Expensive And Risky

At first sight MOBE doesn’t seem like it’s going to be very risky, the $49 fee is chump change.

Well here’s the thing. You won’t be able to make that much unless you shell out a lot more cash.

For $49 you get very basic training that will get your foot in the door.

After that you will need to spend a whole lot more money for more training and the ability to make more money.

They only teach you how to make money by selling their products, and guess what… you have to buy the product before you can sell them.

Let’s go over some of these crazy expensive items you’ll have to buy:

I even left out a whole bunch of the other ones because I think I listed enough to get out my point.

If you are already rich person and have this money to shell out then go ahead and join.

Otherwise you should check out my top recommendation!

Is Borderless Income System A Scam?

In my opinion, Borderless Income System isn’t necessarily a scam. However it is incredibly misleading and over priced.

If you want to pay $49 to get enough information to realize that you need to pay a lot more to get more information.

Get Similar Training For Much Cheaper!

Did you know that websites like Amazon, Walmart and hundreds of others will pay you to sell their products?

And you don’t have to pay them a cent to sign up!

My Top Ranked Program tells you exactly how to utilize these programs, and how to make money with them.

I joined their membership a few years back, and I have since been able to quit my job and work completely from home!