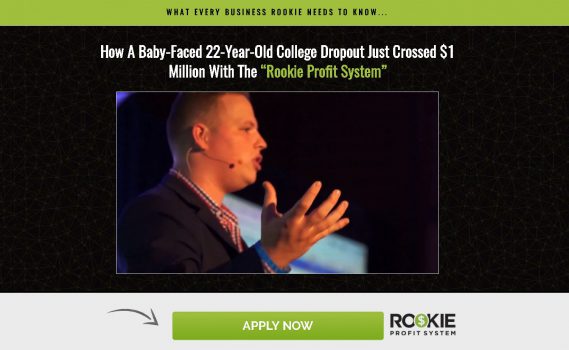 Is Rookie Profit System A Scam? Not Really

Is Rookie Profit System Recommended? NO

What Is The Rookie Profit System? 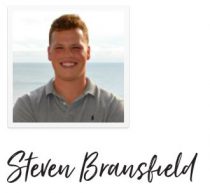 Steven claims that he recently reached the $1 million in revenue mark from his online business.

Now he wants to help you by showing you the simple 21 steps that he took to create such a massive income online.

Is The Rookie Profit System A Scam or is it something that will legitimately help you make a ton of money online.

Let’s dive into the program and find out!

As it turns out Rookie Profit System is a Front-End Offer that is designed to funnel people who sign up into another program called MOBE.

MOBE is what is known as a high-ticket-program.

This is the main thing that you need to be aware of before you sign up, so pay attention.

It’s called a High-Ticket-Program because you have to shell out a ton of money for their high priced items before you can earn money with them.

Click here to learn where you can make money online without shelling out a bunch of cash!

Why does it matter how MOBE works? Because it is the program that you will actually be signing up for and potentially making money with.

MOBE is designed around it’s members making money by getting other people to become members.

There is nothing wrong with making money online by getting people to sign up for systems that you believe in.

That’s actually how I make my living online.

The problem I have with MOBE is that most of it’s members will mislead people into signing up for something they don’t fully understand.

If you think I’m crazy for saying that the $49 price tag is a high price, you don’t yet know what you’ll be getting into.

The $49/month fee isn’t a high price at all, however it is only the entrance fee.

There is a lot more money you’ll have to spend before you’ll start seeing figures like Steven Bransfield does.

You’ll be making all of those big $1,000 to $10,000 commissions when you finally get someone to buy one of their expensive items.

However here’s the kicker!

You’ll have to purchase all of those high priced items before you can actually make money by selling them!

The only real incentive to purchase these items is so that you can turn around and tell other people to buy them!

The short answer to this question is yes, Rookie Profit System can potentially make you money online.

However there’s a reason that they don’t jump into the long answer on the sales page and tell you the full story.

They want you to get excited about making all of that money so that you’ll pay the cheap $49 to learn how.

However they leave out the part where you’ll have to pay thousands of dollars before you start making that much.

Yes Steven Bransfield has made a lot more money than he has put into MOBE.

However is it really practical for you to spend thousands of dollars on this system like he had to do?

Is Rookie Profit System A Scam?

Again, the short answer to this question is no, Rookie Profit System is not a scam.

However it leaves out a bunch of information that you definitely should know before paying into it!

Of course this will not be true for everyone. If you are someone who is willing to put up and risk that type of money for a chance to make more money online, you could make a ton of money.

However I think that most people aren’t going to benefit from this program, and will end up losing a lot of money!

It is absolutely possible to make money online without having to purchase products that cost in the thousands of dollars.

I mentioned earlier that I make my living online by getting people to pay for products that I recommend and believe in! It’s similar to Rookie Profit System, except you don’t have to purchase the items before you sell them.

Doesn’t that sound much better, and more realistic?

Anyone can succeed with this system as long as they get access to the proper training, tools and support.

That’s why I recommend that you learn more about my top ranked program!

You can get started for free with absolutely everything that you need to make money online!

What Do You Think About Rookie Profit System? Leave Any Questions or Concerns In The Comments Below!