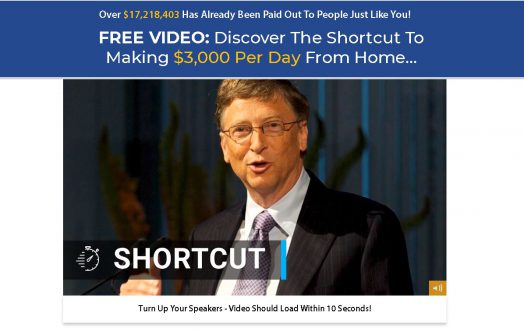 In this quick review of Payday Shortcuts I’ll be going over exactly what it is, and telling you whether I think it’s a scam or not.

So without further review, let’s jump in and find out!

Is Payday Shortcuts A Scam? Debatable

Is Payday Shortcuts Recommended? No!

What Is Payday Shortcuts?

Payday Shortcuts claims to be a shortcut to making $3,000 a day, and 6 figures a year.

The creator of the video claims to be a person named Jordan, who happened to meet someone named Jeff in a coffee shop, who taught him how to make a ton of money online.

Will you really be able to make a ton of money with this shortcut system, or are they just trying to scam you out of money?

Let’s go over some of the good and bad things that I came across while going over Payday Shortcuts.

Over the next few sections I’ll be taking the time to go into detail about what I mean with the points listed above.

When you first arrive at the sales page for Payday Shortcuts what’s the first thing that gets your attention?

Probably the enormous banner claiming that the video contains the shortcut to making $3,000 per day.

This is a huge red flag that I see time and time again with various scams all over the internet.

$3,000 per day is an unrealistic income claim thrown out there to get your attention and get you excited to sign up.

However when you go to LDIearnings.com like they suggest in the video, you can see that less than 1% of their members make $50,000 per month.

With that being said, there’s one more important thing I want to point out about the income disclaimer, and that’s the fact that most of the people who join make less than $100 per month.

Another thing you need to be aware of is the fact that there AREN’T a limited number of positions.

No matter how many people join, they will always take your money.

Don’t rush into buying something like this simply because they claim they are only accepting 5 more people.

Take your time and do the proper research before jumping in and throwing in your money. 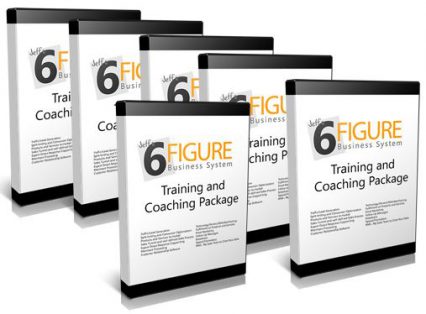 The program that you’ll actually be signing up for is called Jeff’s 6 Figure Business System, and I’ve already written a full review about it!

If you want to read that review you can do so by clicking right here!

However I’ll briefly go over what the system is.

You’ll earn commissions when you get other people to join, and pay money for their various training products.

Their products will allow you to earn $1,000 to $3,000 commissions when you get someone to purchase them.

However there is one important thing that you need to know… you’ll have to purchase them first.

It Costs A Lot Of Money

The people in the beginning of the sales video were probably telling the truth when they claim they make thousands in their first week or so.

I want to be clear and tell you that it is actually possible to make money with the system they are teaching.

The products you’ll be making money selling cost thousands of dollars, and you’ll have to buy them before you can make money selling them.

It’s also important to be aware that it is not incredibly easy, and you’ll have to put in a whole lot of time and effort if you want to succeed.

Is Payday Shortcuts A Scam?

It honestly comes down to what you consider a scam. They try to mislead you into buying by claiming there are limited spots, and throwing out unrealistic income claims.

Personally I don’t consider it to be a scam because you can actually make money, however it’s still

In my opinion this system is only for people who have thousands of dollars to risk, and are willing to put in a lot of time and effort into this.

And even then it is too risky for me.

If you want to make money online without shelling out thousands of dollars, and you’re willing to put in plenty of time and effort, then I have a suggestion for you.

Is Payday Shortcuts A Scam? What Do You Think? Let Me Know In The Comments Below!