You might be trying to figure out Is The Big Profit System A Scam? If you are then you are in the right place. In this review I’ll be going over exactly what the system is and telling you if I recommend it or not!

Is The Big Profit System A Scam? Debatable

Is The Big Profit System Recommended? NO!

What Is Big Profit System?

Big Profit System claims to be a “Breakthrough System” that will help a regular person like you make $1,000 to $10,000 per week.

Not only that but they claim that you can do it wall without internet access or even a phone.

It’s a “Turn-Key” complete done-for-you system that will easily help you make a ton of money.

Or so they say.

Is there any truth to any of the claims they make, or is it all lies meant to scam you out of your money?

Let’s jump in and find out.

What You’ll Be Doing

Even though they say that you won’t be doing any selling, you still kind of have to sell.

You’ll have to sell people on the idea of joining BPS so that they’ll go through your link to the website.

And you’ll be doing that basically through any means necessary.

Including spamming out emails to various people to get them to sign up through your sales-page.

How It All Works

Big Profit System is what is known as a High-Ticket-System and it can also be considered an MLM.

There is basically a Pyramid System to how you’ll be making money. 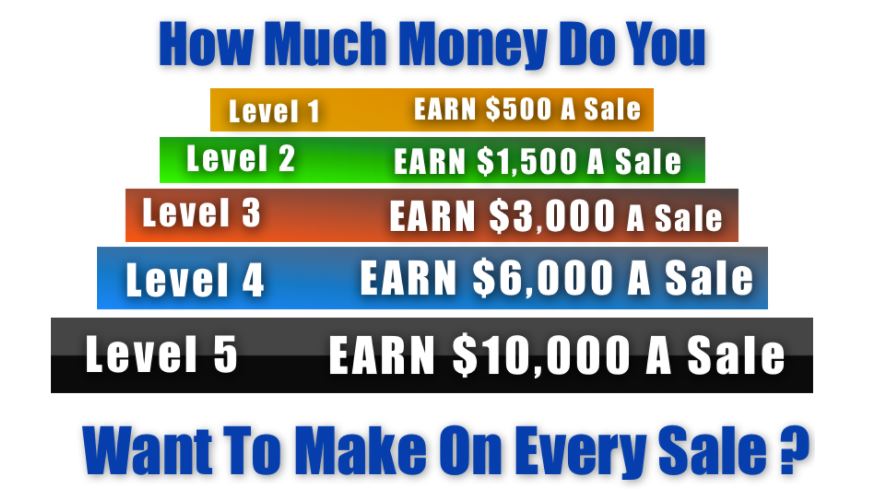 Notice how that image about the commissions looks a bit like a pyramid?

That’s because each of those commissions levels, represents a higher level membership that you’ll have to join.

In order to make those huge commissions, you’ll have to first purchase the product levels yourself.

How Much Money You’ll Have To Pay

So to clarify, yes you can actually make $500 to $10,000 commissions with this system. (Even though it’s unlikely)

But before you can do that, you’ll have to first pay twice the amount of the commission you’re trying to earn.

Let’s go over the Package levels, and learn a little bit more about them!

Something To Think About

So let’s say that you have $2,000 in your savings that you’re thinking about using to buying into the first level. 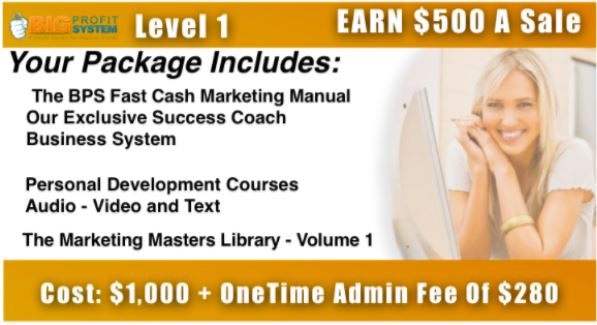 You’ll then have to find 3 other people who are willing to shell out $1,280 just to make your first profit.

After your first 2 sales you still be $280 in the red, and your third commission will only earn you $220 in profit.

You’d then have to get 7 more sales just to get enough money to join into the second level for $3,280.

And once you do join, it will only get harder to get more people to pay that much to make you a bigger commission.

If you honestly think that you’ll have the marketing skills to make that many sales you can go for it.

However I could never in good conscience get that many people to sign up for something like this.

A majority of the people you’ll get to sign up will simply never make their initial investment back.

I mentioned earlier that their recruitment system looks an awful lot like a pyramid, so is it a pyramid scheme?

The Big Profit System can be considered a Multi-Level-Marketing System (MLM) due to it’s multiple levels.

The only difference between an Illegal Pyramid Scheme and an MLM is that MLM’s offer some sort of product.

Which BPS technically does.

When you buy into the higher levels you’ll get more marketing tools. However that’s not the reason why you’re paying for it.

You’re paying for it simply because you have to in order to make bigger sales.

Is Big Profit System A Scam?

You’ll have to take into consideration everything that I’ve pointed out in this review and decide that for yourself.

Like I mentioned, there are going to be a lot of people out there that claim it is a complete scam.

Likewise, there will be a lot of people (mainly the members) who are going to claim it is an MLM.

Regardless of whether or not it is a scam, I strongly advise that you

I absolutely would never recommend this to anyone who doesn’t already have marketing experience and the ability to get this offer out in front of thousands of people.

Even then I wouldn’t recommend it because I think it is unethical to promote a system like this that will cause a lot of people to lose thousands of dollars!

Another reason why I don’t recommend BPS is simply because there are ways out there that have the same online income potential without investing thousands first.

I know that for a fact because I make my entire income online, and I’ve never invested anywhere near as much money as that.

Anyone can succeed at making money online as long as they get access to the proper training, tools and support!

And you can actually get started for free with all three of those things in the exact same place I got started.

MY TOP RANKED PROGRAM gives you absolutely everything you need to succeed online and the fact that I now work completely from home is proof of that!

What Do You Think About Big Profit System? Do You Make Thousands With It? Let Me Know In The Comments Below!