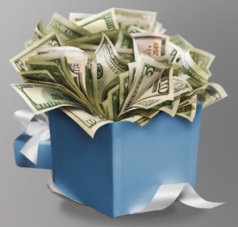 Only Cash Surveys is another website that claims that to allow you to earn a bunch of money by completely some surveys and doing some tasks.

In fact, you can even make $5 by simply signing up for the website.  Well that’s at least what they claim, but all of the research that I’ve done has led me to think something different.

The Only Cash Surveys Scam

After doing plenty of research, and even signing up for the program to give it a try, I’ve come to the conclusion that Only Cash Survey is in fact a scam.

While working on this website and doing reviews, I’ve come across plenty of programs that are rip offs, and/or unethical, but I don’t come across too many that are just out right scams.

What Makes It a Scam?

After looking through several forums and review sites, it became apparent that the problem was that they never paid the money.

The review above was only one of the several complaints, most of which said nearly the exact same thing.

There were also some comments of people saying that they actually did get paid, and that they made hundreds of dollars.

I found that really hard to believe, and I had a thought that it might have been the creators or someone affiliated with the website that was saying that.

So I decided to work at the surveys just out of curiosity, to see if maybe there was a way to get paid.

But of course I never got my money, no matter how long I waited or what I tried.

I believe that the main reason this website was created is to get your email address from when you sign up.

In the internet marketing world, an email address is important because you can send promotions to them.  The email address that I used to sign up has since been bombarded with advertisements to other programs that are likely scams, that are set up to take your money.

There are real survey programs out there that will help you make a little extra money online, and programs like Only Cash Surveys give those programs a bad name.

I would not recommend Only Cash Surveys to anyone.  If you spend the time to take the surveys, odds are that you wasted that time because you most likely won’t receive the money that you worked for.

If you are looking for a way to make actual money online then I would recommend looking through programs that I’ve given good reviews.