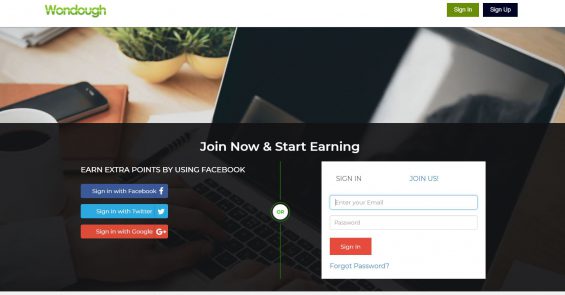 In this quick review of Wondough I’ll be telling you if I think it’s a scam, or if it’s actually worth your time?

There are a lot of “get-paid-to” scams out there that won’t actually pay you. Is Wondough one of those, or is it legitimate?

Is Wondough A Scam? Doesn’t Appear To Be

Wondough is a relatively new GPT (get-paid-to) website that allows you to earn wondough ePoints in exchange for completing various tasks.

The tasks you’ll be completing include visiting websites, shopping, downloading videos, following suggested connections on Twitter, signing up for various websites and more.

After earning wondough ePoints you’ll be able to cash them in for various gift cards.

Or so they claim…

Will they actually give you the gift cards? Or will you just be wasting your time?

Let’s go over some of the good and bad things that I could find out while doing my research.

Over the next few sections I’ll be going a bit more into detail about what I mean with the points listed above.

How Much You’ll Get Paid

When it comes to just about any get-paid-to website out there, you simply can’t expect to make much money, and it’s the same for Wondough.

You can expect to make 50 to 250 points for various tasks, however there are some tasks that will pay you more.

Don’t get too excited though because the ones worth more points take the longest, so either way you will only be getting paid at most a couple bucks per hour.

I spent quite a bit of time on their website checking things over, it only took as long as it did because the website was slow.

I tried testing out the videos but they took forever to load, and when I clicked on them I simply got a 404 error. The page could not be found.

I could only find one survey that they started me on in the beginning, but after that there were no more surveys available.

One other thing that I noticed while navigating through the incredibly slow website is the fact that the testimonials seem generic.

It’s always reassuring when you see other people claiming that a website or service is great, however they have to be real.

I ran one of the images through a reverse Google image search and found that it’s simply a stock photo that anyone can use. 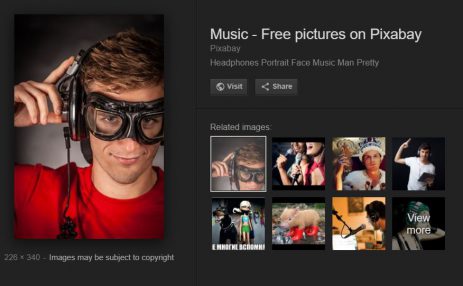 I honestly don’t see any thing that would make me call this a scam, however it’s still not something that I would recommend.

It’s relatively new, there seem to multiple problems with the website, and it doesn’t even seem to pay as much as other GPT websites like Swagbucks.

Seeing as this is a new website it could improve in the future, so if you would like me to update this review at some point leave me a comment below!

I normally don’t recommend GPT websites because you won’t make much money from the large amount of time you have to put in. However I do recommend automatically getting paid to shop with The Dosh App, I mean most people shop anyways, so why not get paid for it?

If you are interested in making more than some pocket change online, and you are willing to put in the time and effort, then I have a suggestions for you.

My Top Ranked Program has helped me build up an online income that has allowed me to quit my job and work completely from home!

It takes plenty of time and effort, but if you are willing to work it is completely free to get started.

Is Wondough A Scam? What Do You Think? Let Me Know In The Comments Below!