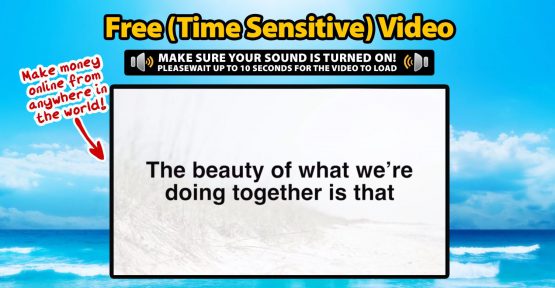 Is Online Empire Maker Recommended? NO!

What Is Online Empire Maker?

Online Empire Maker claims to be an incredible way to build an online empire that will make you millions.

It claims to be created by a guy named Jason Rogers, and it also claims that you’ll make a ton of money incredibly quickly.

Will you really be able to make such crazy amounts of money in a short amount of time, with barely any work.

I doubt it, but let’s find out!

Even when I’m almost certain something is a scam I try to give it the benefit of doubt and find some good things about it.

Over the next few sections I’ll be going over exactly what I mean with the points I listed above!

The first thing I want to point out is the fact that it is actually possible to make money with this system.

However it’s not going to be anywhere as easy or as fast as they try to make it seem.

If you want a chance to make to make any money with this system you are going to have to put in a whole lot of time and effort.

I’ll get into how much it costs in a bit.

Even though it’s possible to make money with the system that they are offering you, it’s highly unlikely.

In fact it is so unlikely that you’ll make money, they put it in the disclaimer at the bottom of the sales page.

Just scroll down to the bottom and read it for yourself.

In case you can’t read it, it says…”The typical purchaser does not make any money using this system”

If they have that in fine print at the bottom of their sales page, that mean you really shouldn’t be expecting to make money. 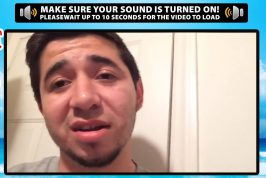 I know it can be convincing when you see several people claiming that this system has made them rich, but the creator know that too.

That’s why they took the time to hire actors to create fake testimonials.

Websites like Fiverr make it incredibly easy to pay an “actor” to create a testimonial saying pretty much whatever you want them to say.

All of the people claiming that they made tons of cash quickly, and are not millionaire are simply fake!

A Different Program In Disguise!

One thing I want to put out there is that there are actually people out there who make a living with this program.

There are also several things that you need to know about them before you even think about joining.

The first thing you need to know is that a majority of the people who join their system simply fail.

Another thing you need to know is that it’s simply not easy, it takes time, and a whole lot of effort to make money.

Lastly, it’s important for you to know that it is incredibly expensive!

While there are people who make a whole lot of money every single month with MOBE, they spent thousands of dollars to do it.

While you will only be paying $47 to $97 right now to join, that’s only to get your foot in the door.

If you want access to all of their training, and the opportunity to make the thousands of dollars per sale that they claim, you’ll have to shell out thousands.

Those are the prices that you will have to pay to get access to everything they offer.

Their training will be teaching you how to get other people to sign up and buy those expensive upgrades.

However in order for you to make any money from selling them, you have to buy them first.

Is Online Empire Maker A Scam?

The fact that Online Empire Maker isn’t even the real program that you’ll be signing up for makes it difficult to call it a scam.

The actually program you’ll be paying for is legitimate, however it is not something that I ever recommend.

I suggest that you avoid Online Empire Maker for all of the reasons that I talked about throughout this review.

If you are interested in making money online without having to shell out thousands of dollars first, then I have a suggestions for you.

My Top Ranked Program has helped me build up an online income that has allowed me to quit my job, and work completely from home.

It take plenty of time and effort, but I’m confident that if I can succeed with it, then anyone can.

The best part about it is that it’s completely free to get started!

Is Online Empire A Scam? What Do You Think? Let Me Know In The Comments Below!