If you are trying to find out exactly what Quest Mindshare is, and wondering if you can really make money online with it, then you are in the right place.

Within this review I’ll be giving you everything you need to know about it, and telling you if I think it’s worth your time and effort.

Can You Make Money? Yes

Is Quest Mindshare Recommended? To Some (I’ll Explain)

What Is Quest Mindshare?

Quest Mindshare is a market research company that will pay you to give them your opinion about various things.

They will then get paid to give the information that you provided them to various other companies.

Companies are interested in this in formation because they will be able to use it to better their products and services.

So, basically they are a survey website where you can get paid to take surveys.

Should You Join Quest Mindshare?

As you may already know, there are a whole lot of website out there that will pay you for your opinion.

So is there any thing that stands out about Quest Mindshare that should lead you to join them over others?

As it turns out there are both some positives and negatives about them that you need to be aware of.

Let’s go over some of those.

Over the next couple of sections I’ll be going further in depth about what exactly I mean with each of these points.

How Quest Mindshare Stands Out! 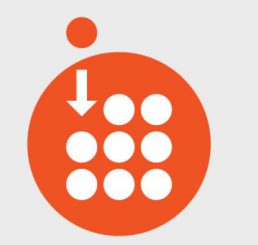 When it comes to survey websites, most of them are generally the same, and it doesn’t matter which one you sign up for.

However there are a few things that makes Quest Mindshare stand out above the others.

One of the main things I like about them is that they simply offer you cash instead of points.

Many survey sites out there will give you (x) amount of points for each survey that you take.

So you don’t really know how much money you are making unless you do a little bit of math.

However QM tells you the exact amount of cash you’ll get before you do the survey, and you get the money when you’re done with it.

Another thing that I really liked about them is the fact that they seem to pay more than most other sites.

$5 for a 10 – 20 minute survey is actually a rare thing to come across in survey websites.

However there were quite a few that I came across while testing them out.

The last and most exciting thing about them is that they offer high paying music rating surveys!

These aren’t incredibly common, however when you get one you can make up to $90!

However from what I can tell, they normally take about 2 hours, and are often times around $40 payouts.

However that is still impressive when compared to other survey websites.

The Downside Of Quest Mindshare!

While there is a lot to like about QM, there are still some not-so-good things that need to be pointed out as well.

First off, even though there surveys pay decent amounts, that doesn’t help much if you can’t get a survey to take at all.

Get Disqualified From Surveys

It’s also a common complaint to be disqualified from surveys before you get to take them.

Even though $5 is certainly a good amount of pay for 10 – 20 minutes of work, its still not enough money if you don’t get enough of them, or get disqualified from the ones you do get.

A common theme I saw repeated by members is the fact that they seem to be going downhill. Many members have complained that they are getting less and less surveys, worth less and less money.

What Is Quest Mindshare? Will You Make Good Money?

Overall, Quest Mindshare seems to be a fairly good online survey website, that can help you make some money online.

Most of the complaints about them are the same complaints that I’ve for just about every other survey website out there.

If you want to make a little bit of extra spending money in your spare time, Quest Mindshare seems like a decent place to do it.

However if you are wanting to make more than pocket change online, I have a suggestion for you.

My Top Ranked Program has helped me build up and online income that has allowed me to quit my job, and work completely from home.

It takes more work and time than surveys do, however it can be done by anyone who’s willing to put in the work.

What Is Quest Mindshare? Is It A Good Place To Make Money Online? What Do You Think? Let Me Know In The Comments Below!