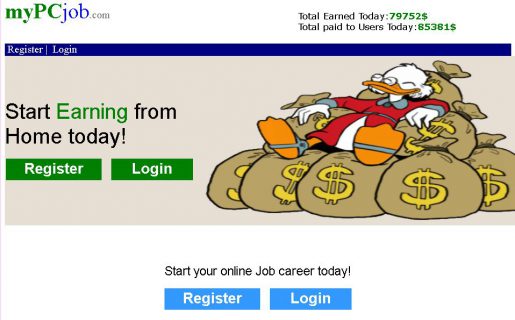 In this review I’ll be going over Dollars Plug and My PC Job, because they both seem to be the same thing.

I’ll be telling you what you need to know and answering the question, “Is Dollars Plug or My PC Job A Scam?”

Is Dollars Plug A Scam? YES!

What Is Dollars Plug And My PC Job?

I originally came across Dollars Plug from a link posted by someone who was trying to get people to join.

However when I clicked on the link, I realized that it then directed to a website called My PC Job!

The reason that this happened is because Dollars Plug has been ousted as a scam, so now they’re trying to change their name.

To answer your question, both Dollars Plug and My PC Job are total scams, and I’ll be going over why in this review!

In an attempt to be fair to these scam I’ll at least try to list out both the good and bad things about them!

I’ll go over what I mean in more depth throughout this review!

Free But Maybe Not!

This is the first and foremost important thing that you understand, so I wanted to make it first.

It was free to join, however you still stand the chance of losing your money; potentially a lot of it!

Now you better make sure you haven’t used that same email/password combination to anything important!

I’ve heard horror stories of people losing a lot of money due to something simple like this scam.

They Won’t Pay You

Another thing that you need to understand is that you aren’t going to get paid the money you earn.

You’ll find people all over the place claiming that they’ve actually received money. However they are just saying that to try and get others to sign up.

I’m not going to waste my own time just to prove that you won’t get paid, but that’s mainly because I simply don’t want to get others to sign up and waste their time.

Thanks to this website, I could easily get hundreds of people to join if I wanted to, but I won’t because I know I won’t get paid!

How The Scam Works

This entire scam is setup for only one purpose, to get information from as many people as possible.

That’s why it’s free to join, and they claim that you’ll make a ton of money!

If no one pays the website for anything, where do you think they are going to get the money to pay everyone?

Their goal is to collect a bunch of email addresses and passwords, so they can sell them to the highest bidders.

If you gave them your information you should be expecting more spam emails, and possibly even attempts to login to your accounts.

Stay alert and change your passwords if you have to!

The Same As Other Scams

I’m not sure if your at this review for Dollars Plug or My PC Job, but I reassure you that they’re the same!

You can also look at a few of these other websites that do the same things with slightly different website designs! 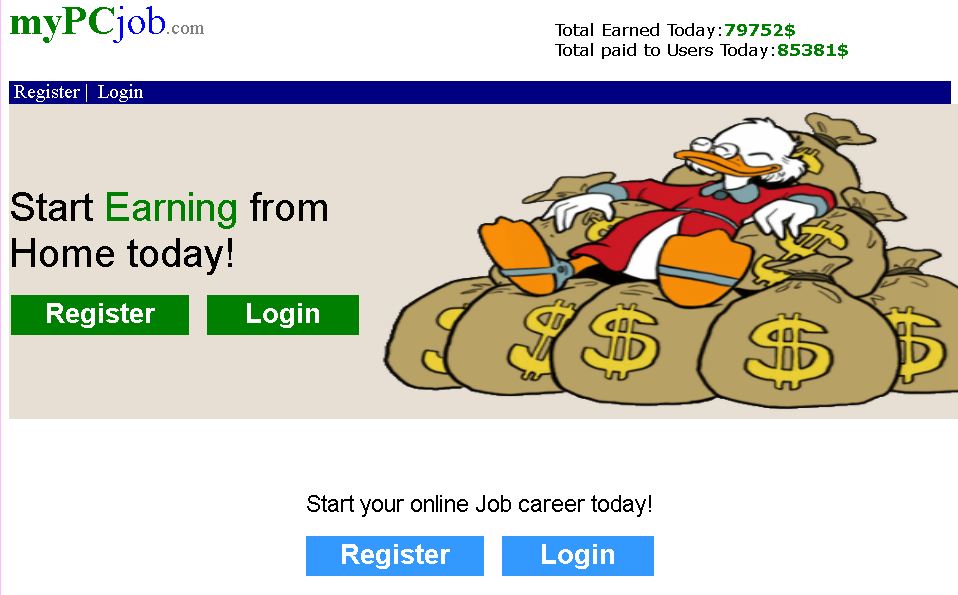 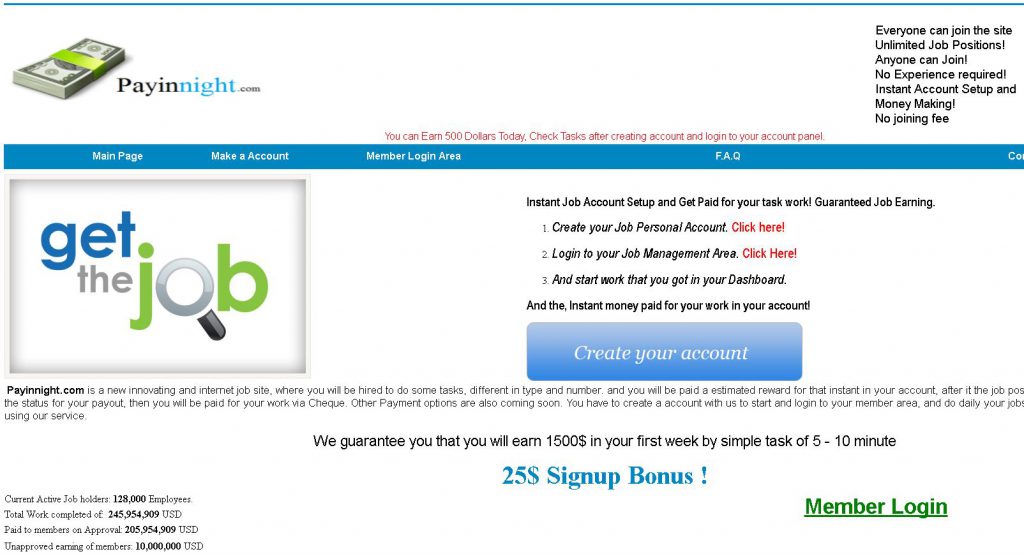 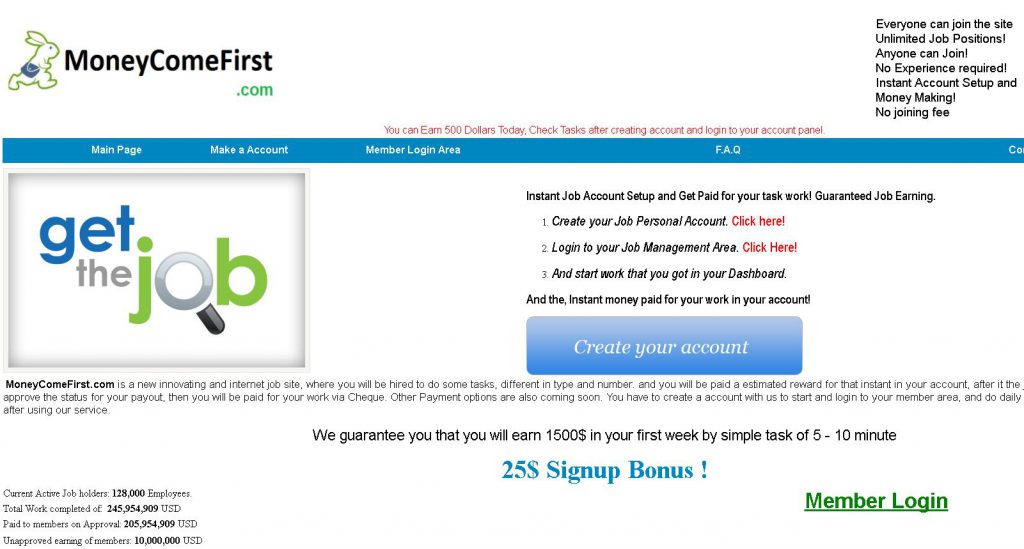 Pay In Night, Money Come First and Fix Monthly Income are three websites that do the same thing, they’ve just redesigned the layout and pictures a bit!

Are Dollar Plug and My PC Job A Scam?

Even though I didn’t take the time to try them out, I know from past experience that they are scams and you won’t get your money. Anyone who claims that they got paid are just trying to get you or others to join.

Dollar Plug and My PC Jobs are both a

Of course I can’t stop you from trying it out. If I haven’t convinced you they are scams, just make sure you don’t use your normal email and password combination.

After you waste you time and don’t get paid, you can come back and check out my top ranked program!

If you are interested in actually making money online, and are actually willing to put in time and effort, I have a suggestion for you!

There is an online money making training program that I always recommend to people because I think it is simply the best one out there!

I’ve reviewed hundreds and hundreds of programs, and none of them beat My Top Ranked Program!

Since joining them, I have been able to quit my day job and work completely from home!

Are Dollar Plug and My PC Jobs Scams? What Do You Think? Let Me Know In The Comments Below!